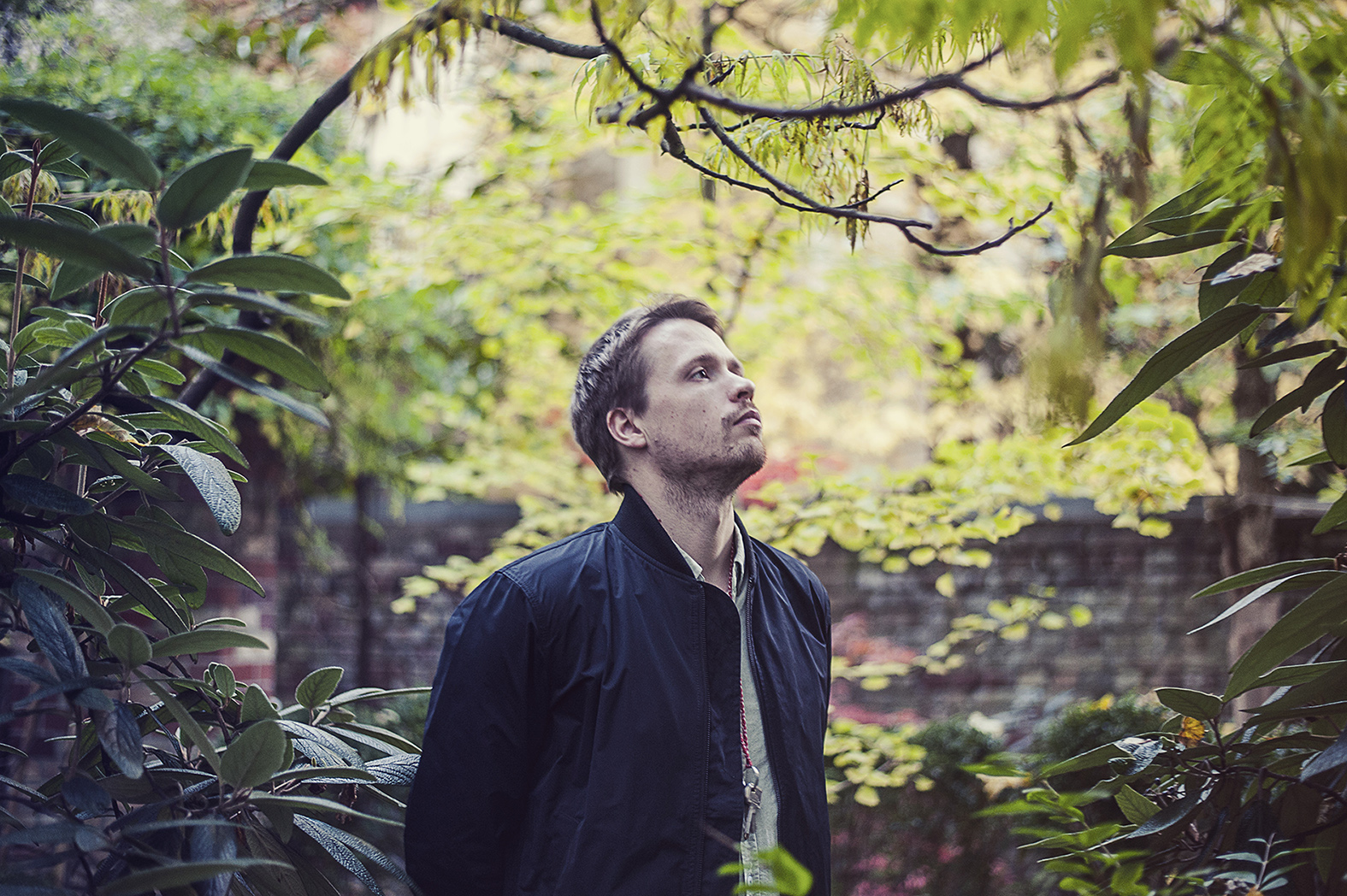 Since graduation, product designer Brynjar Sigurðarson has achieved some remarkable things, among them the coveted Swiss Design Awards, which he won in the category of product and industrial design. The award was issued for the line of products he conceived during his month-long stay in the tiny Icelandic fishing village Vopnafjörður several years ago, a stay he describes as having had a marked influence on his career. Brynjar has a unique and honest approach to his subject matter, and is now forging new paths within the design world. After graduating from the Iceland Academy of the Arts in 2009 with a degree in product design, Brynjar’s path lay to the door of the esteemed École cantonale d’art de Lausanne (ECAL), this time seeking an MA in product design. When asked, Brynjar explains that his choice of Switzerland was largely coincidental; he’d noticed a poster advertising the university, gotten an interview and moved to Lausanne shortly thereafter. Brynjar describes his studies at ECAL as being markedly different than what he’d become accustomed to in Iceland. The work was more fast-paced and time more limited, as the university closes every day at dinnertime, and doesn’t open at all on holidays and weekends. Thus, it was necessary for Brynjar to take a structured approach and alott his time carefully. “In all honesty, it would have been hard for me to go straight into independent work after getting my first degree. Those two years at ECAL did a lot, although the degree itself is probably more important if the idea is to get a job working for a corporation,” Brynjar explains. “The short version would be that IAA gave me the ideology while ECAL gave me the methodology.” While working on his MA thesis project at ECAL, Brynjar decided to apply for participation in the sixth annual Design Parade, a design festival held at the Villa Noailles in the south of France. Brynjar went on to win the festival’s Gran Prix, awarded for his IAA thesis project, Vopnafjörður, developed during his month-long stay in the eponymous Icelandic town in early 2009. “In work terms, that stay probably affected me more than anything else. It really broadened my horizons, and it was awesome to experience something that influential and have the chance to develop that work even further, for instance by taking shapes and materials found in fishing villages and repurposing them into furniture and the like.” Among the judges at Villa Noailles was the renowned Li Edelkoort, creator of Trend Union, who was enthralled by Brynjar’s work. Edelkoort has subsequently taken several opportunities to promote Brynjar’s work. His project Sticks, created for the SPARK design space in Iceland and displayed there in 2012, has now become part of her privately owned Edelkoort Design Collection. At Villa Noailles, Brynjar also made contact with Galerie Kreo, a respected Parisian design gallery, with the end result being a contract for a line of furniture designed by Brynjar. The owners of the Kreo eagerly awaited the Silent Village Collection for three long years; Brynjar found himself unable to put his name on a work of such prominence without first taking his time to make sure it was as good as it could possibly be. His exhibit at Galerie Kreo places him in the company of some of the world’s foremost designers, and he describes his sudden rush to fame as both weird and slightly insane; he has become a multi-award-winning designer in only the four years since his graduation. “It has a lot to do with having faith in life and being ready to accept opportunities when they present themselves. Meditation has changed things a lot for me, I’m aware of the importance of enjoying the journey and being whole rather then stress out over deadlines and the like. That way, if things don’t go as planned, I still come out of them whole as opposed to an overworked wreck. I was very fortunate to have realized this shortly after graduation.” Last October’s Dutch Design Week saw the release of Things That Happened, a book on Brynjar’s work. The book is part of the Field Essays series, an investigative project on the creative processes of designers, and features, among other things, a conversation between Brynjar and British anthropologist Tim Ingold. Anthropology and ethnology have always been of central interest to Brynjar, and his thesis work at ECAL was in essence a dissertation on the methodology employed by scientists working in those fields. When questioned on his approach to new projects, Brynjar explains it’s always worked best for him to let his curiosity lead the way, to ask questions and not worry about things not working out. “I try to have faith in myself, be impulsive and not too well prepared, I know it’s kind of a cliché, but it’s important that I trust my instincts. Sometimes I really have no idea why I do certain things and why some ideas appeal more to me than others. That can make it difficult to put into words and defend it when I’m asked about it, but I’m of the opinion that if I put my heart into it and follow my convictions, everything will turn out right.” The Effects of Space

Since his graduation, Brynjar has advised ECAL MA students on their dissertations, as well as working as an independent designer. For the first few years, Brynjar shared a workspace with several other artists and designers in Lausanne before moving to Berlin, where he and his girlfriend, interior designer Veronika Sedlmair, both work from home. “My BA thesis paper at IAA was on how the environment affects what objects symbolize, and ever since, I’ve consciously tried to put myself into environments and worked under their influence. In my experience, when I do it right, the environment becomes a part of me, and I then base my work on that. The ideas start to kind of rhyme with the space, so we find it kind of funny that I work from home designing rugs and other smaller household objects.” The couple has recently started working together under the moniker Studio Brynjar & Veronika, and Brynjar says they’ve been learning to intertwine their dissimilar talents to create a stronger whole. He feels best when working with his hands, while Veronika excels finding the right raw material, the best manufacturers and other such necessities. “Right now, for example, we’re working with clay, and I can’t really type while my hands are dirty, so I just focus on the clay,” Brynjar says with a chuckle. Brynjar was recently presented with the Swiss Federal Design Award, which he describes as being “a great honor, of course, and very inspiring.” The award affords him and Veronika the support their new direction needs, as well as freeing them from the obligation of accepting work they would otherwise be forced to take for financial reasons. This year, eighteen designers and artists were given prizes in five different categories: graphic design, fashion and textiles, photography, set design, and product and industrial design. Brynjar was one of three product and industrial designers to win, the basis for his award being comprised entirely of products he began developing during his Vopnafjörður sojourn. Among them are glass experiments and porcelain rocks designed in conjunction with the CIRVA glass research centre and the French ceramics manufacturer Sèvres, and it was his collaboration with these institutions that led to his receiving his award at Villa Noailles.

Brynjar & Veronika are currently at a crossroads, as many potential paths lie open to them following the successes of the past few years. They say they are all too aware of the importance of carefully weighing the pros and cons of each path. Brynjar says that most of his role models in the field worked for at least ten years, independently or otherwise, before having enough designs in production to make a decent wage or start producing their own products. If they were then met with success, their time then became monopolized by production and packaging, with no time left for further design work. Neither option particularly appeals Brynjar & Veronika, who feel their largest responsibility is to find a working balance between artistic pursuit, collaboration with production companies, and independent production. They already independently manufacture a line of smaller products dubbed Society Of Things, which they find very exciting, even knowing it will be a matter of months or even years before any of the products find their way onto the general market. Brynjar & Veronika plan on opening a series of temporary workspaces across the globe in the near future. This will give them the time and opportunity they want to turn their concepts into reality. “It’s always fascinating to see what happens when you bring an idea into a new environment and context, since what’s considered commonplace here could be something fresh somewhere else and vice versa.” Last summer, Brynjar & Veronika implemented the first of these workshops at the Crymogea gallery in Reykjavik; they named it Good Friends.  Which,  Brynjar explains, was in essence an attempt to reconnect with his roots. Iceland has always been part of the core of his projects, a fact that became even more important once he’d moved abroad. “I feel like in those first two years, I kept getting myself in situations where I had to talk about Iceland, which led to my renewed interest in the scene there, as well as the environment and the wilderness,” Brynjar explains, describing it as frankly quite dangerous for him to be suddenly appointed an expert on Icelandic culture, being the only Icelander around.
“You always speak very confidently about how things are back home, but then you actually come back and realize how much has changed.” What resulted from Good Friends is now for sale at SPARK design space, and Brynjar & Veronika are in Paris, where Art Foundation Gallery Lafayette has offered them a residency. They intend to collaborate with set designers create a performance art-inspired piece where they will manufacture props that will serve to inspire conversation, that will in turn lead to the creation of characters and either stage plays or performance art pieces. Brynjar says he appreciates the freedom inherent in an object being a prop and nothing more, as it creates room for ingenuity and innovation that he hopes will infuse his other projects. Ideally, there would then be a post-show auction where audience members can bid for the various props. Brynjar conceives of taking the project even further with a film where props would play a larger-than-usual role, one differing from their traditional place in cinema. Brynjar already has a documentary under his belt, a film about an Icelandic hermit named Borgþór Sveinsson, and says he hopes to one day soon do more film-related work. “Filmmaking appeals to me a lot, storytelling is something I’ve always found intriguing.”