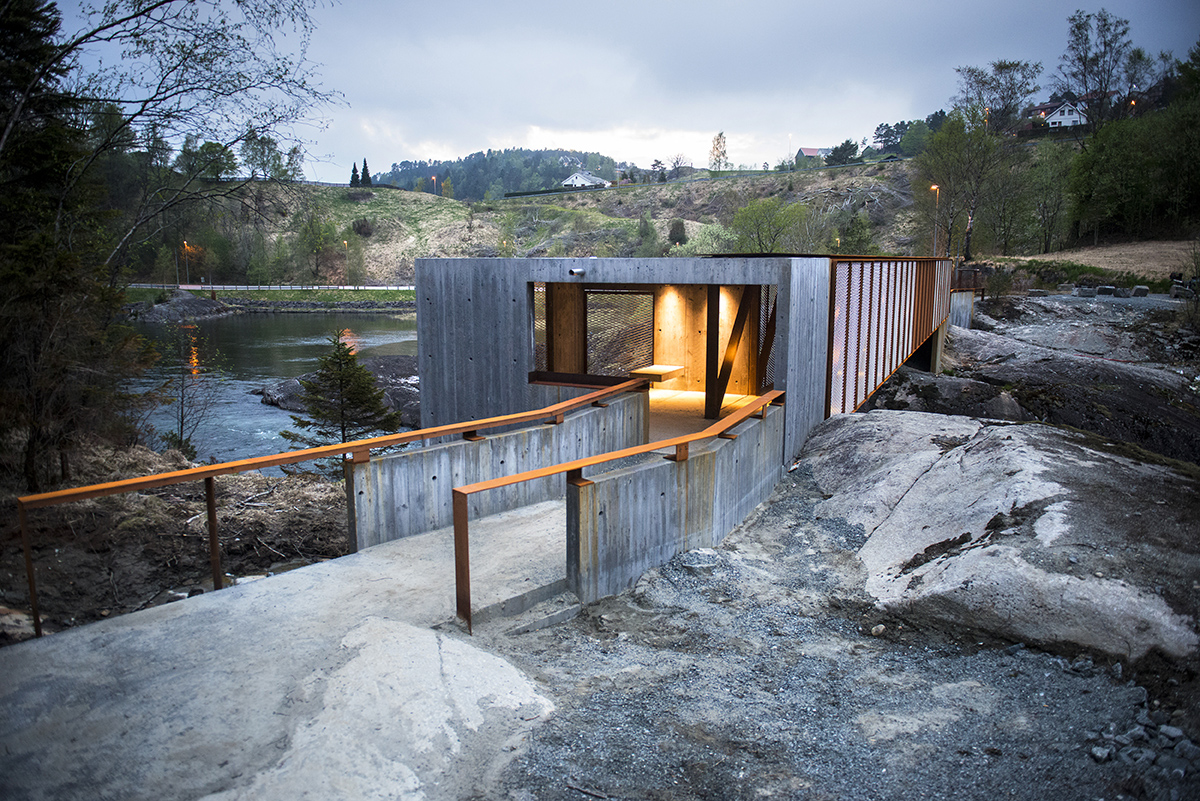 HApeers into the live of architect Dagur Eggertsson, at Rintala Eggertsson Architects in Olso, Norway.

“I moved to Norway in 1986 to study architecture at the Oslo School of Architecture. I planned to live there for three years, but I’m still here now, 30 years later.

In 1995, I moved to Finland to do my master’s. That’s where I met my closest collaborator, Sami Rintala, who sat across from me in class. It’s really quite incredible, as I sat across from Vibeke Jenssen when I was studying in Norway, and she went on to become my wife. I guess people should really think twice before sitting across from me. After completing the two-year master’s program, I returned to Norway to work as an architect with my wife amongst others. Five years later, my friend Sami called me to say that he was moving to Norway. At first, Sami and I would just meet up to play football and solve the problems of the world over beer. Then, we started advising each other on various projects, and finally, in 2007, we decided to start our own firm, Rintala Eggertsson Architects. At the moment, there are four of us at the office: me, my wife Vibeke, a part-time accountant, and Sami, who now lives in northern Norway. So we say that we have an office in Bodø, although our main office is here in Oslo.

Our clients all have in common the desire to explore everything that architecture has to offer rather than blindly picking a specific style or philosophy. We believe that the human element is most important when it comes to designing a building and so we always work very closely with our clients. A pedestrian bridge over the river Vosso in western Norway. Designed by Rintala Eggersson architects. Photo by Dag Jenssen

Recently, we were working on a book about urbanization as part of a project for the municipality of Skien in Norway. The goal of the project was to find ways to stop people from moving away from downtown Skien. The book, which has become rather popular in Norway, is about how to reverse this negative trend by rather simple means. Our approach is based on pinpointing a city’s latent energy and releasing it. It’s about repurposing existing spaces, categorizing the use of construction materials, and analyzing building methods, etc. Put simply, it’s about reading the environment in terms of an architectural tradition from which the urban web is spun. A pedestrian bridge over the river Vosso in western Norway. Photo by Dag Jenssen

It can be challenging to work as an architect in the European Union, as there are strict regulations preventing smaller architectural firms from receiving big government procurements. A demand for an unrealistically large revenue stream excludes 90% of offices from competing for public procurements. Furthermore, to be eligible, an office must show that it has previously worked on a project of a similar size, which means that some offices never get the chance to work on larger projects. For many offices, the only option is to specialize, which can lead to stagnation as offices tend to repeat themselves and borrow from others. We have been very critical of the procurement regulations, which are often misused by incompetent politicians. This system, which was supposed to be democratic, inspire competition, and stop corruption, has backfired in just a few years. Nonetheless, things are not so terrible in Norway where there has been a shift in mentality. People are showing a growing appreciation for visual culture, and they are embracing innovation instead of fearing it. I’ve never really worked as an architect in Iceland, but our first project is on the drawing board now and we are really excited. Icelandic people are diligent and hardworking, and I enjoy my work most when I am those things. People’s attitude towards architecture and work is similar in Iceland, Norway or other neighboring countries, but I think there is still a big difference between cities and rural areas. In the rural areas, it is important to be able to quickly get from one job to the next. That’s also the case in sparsely populated Iceland, where people don’t hesitate to walk to their jobs, and they commonly have more than multiple jobs. In the city, however, people tend to be specialists, and they are more inclined to pay others to  solve their problems. The unfortunate thing about this trend is the fact that it stifles creative thinking. With too much specialization, valuable knowledge and abilities in other areas are often lost. In extreme cases, specialization can also lead professionals to lock themselves up in the ivory tower, which doesn’t benefit anybody. It worries me that the capitalist powers have too much control over the housing market in Iceland. Unfortunately, the same thing is happening in Norway. City authorities are often powerless against investment companies that buy up apartments and rent them out through platforms like Airbnb, forcing the local population out of the city centers. In my opinion, the same can be said about contractors, who have too much power over what is built, and they almost always go for quantity over quality. Designers and architects will be stuck mass producing a lot of garbage if they don’t make their voices heard and try to change this negative trend.

On that note, it seems like a good idea to end with a Finnish saying that I quite like: Only dead fish swim with the stream. In other words, you have to swim against the stream to feel alive.”