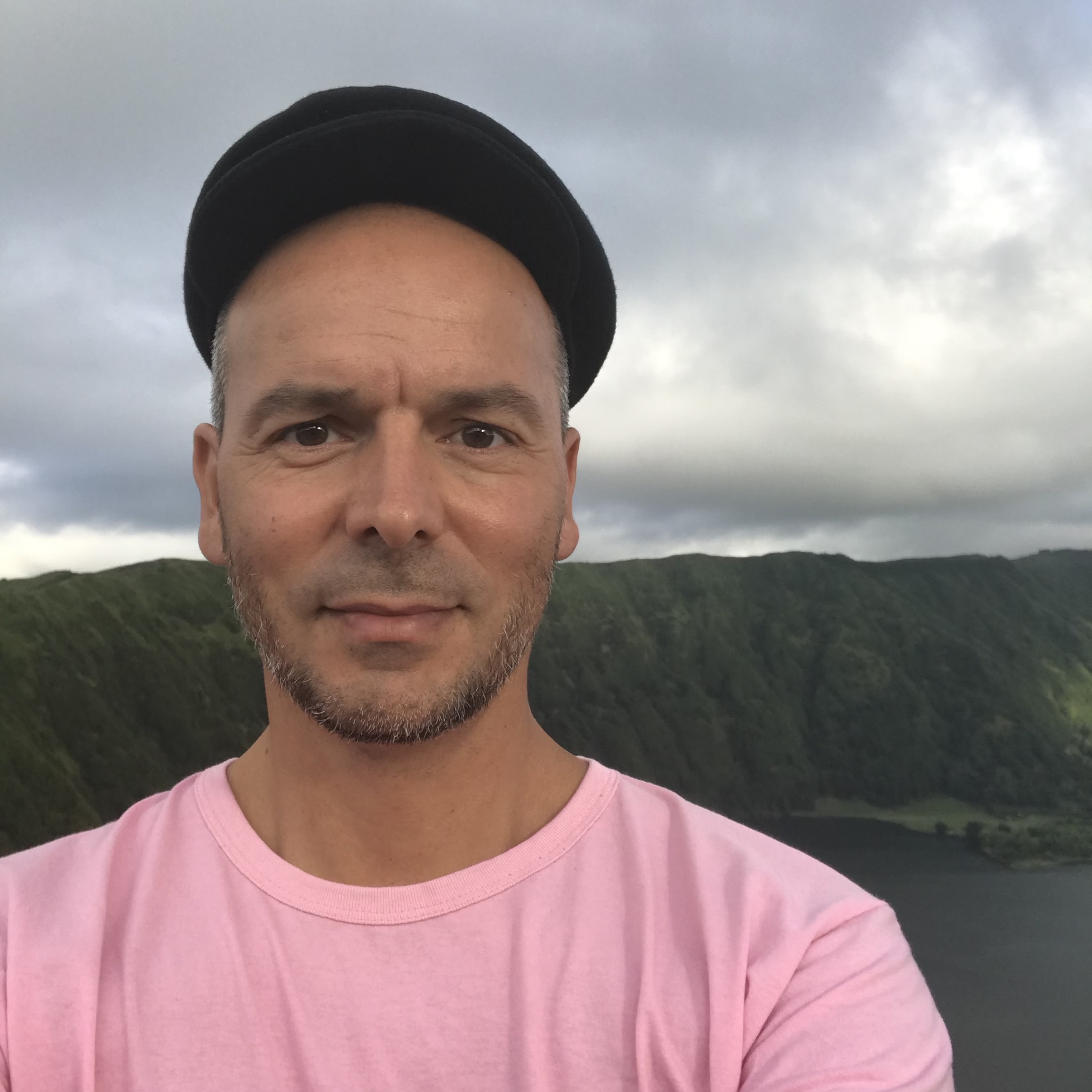 For the students of architecture of the Iceland University of the Arts.

I am an architect, activist, secular humanist, and educator at the Iceland University of the Arts, besides being an avid traveler and passionate gardener, I am a feminist. Feminism is the theory of political, economic and social gender equality. Feminism is embedded with care for each other and our world: built and unbuilt, earthlings ultimately, we are all connected.
My believes and my whole situation informs and influences the type of projects that I pursue as architect, and the way I work with my students. I want to use my knowledge and experience to address global urgencies that we are all facing from climate change to social inequality. I want to inform and expose students to the fact that architectural thinking is social thinking, and I want us together to see and experience the relationship that exists between our space and our society and consequently.

Brazilian educational theorist Paulo Freire in his seminal book Pedagogy of the Oppressed stated: ‘those who authentically commit themselves to the people must re-examine themselves constantly’. My process of self-reflection is at the base of not only who I am but also of what I teach. So, I constantly ask the question: how can architecture be taught in a manner that enhances both students’ creativity and their social and environmental responsibilities?

Today, I understand architecture not just as a spatial science but as social one, which is created in a system of relations that includes cultural, social, economic, political, environmental, technological and human aspects. This expanded vision of the meaning of architecture helps me to position myself into a larger context: I am not just an architect, a creator of images, but a politician. I am a person that through his architectural research effects people and their environment, a person that understands politics as the potential capacity of a community and as such architecture becomes a service aimed at the public good or as the Latin called it the res publica. This is a much greater responsibility that I had ever anticipated when I started studying architecture in 1992. It is therefore my duty as architect and educator not only to draw spaces but to understand people, to dialogue with them, to allow students bringing their experiential knowledge into the classroom, to challenge together stereotypes, to include different voices in our works, and to translate this experience into a meaningful design work.

This is easier to be said than done. In 2016 I was in Venice for the opening of the Architectural Biennale. I was impatient to participate to this event titled Reporting from the Front curated by Pritzker prize winner Chilean architect Alejandro Aravena known for his social concerns, his support for participatory design processes and incremental design principles that led to the world acclaimed half-house project of Quinta Monroy. This was meant to be one of the most socially inclusive Biennales ever conceived. Yet when it came to its formal presentation on the 16th of May an all-male-white-Caucasian-heterosexual-opening-panel was in charge of representing the diversity and needs of the world. Wouter Vanstiphout of Crimson Architectural Historians, commented this event as: “Unbelievable indeed. The most politically ambitious Biennale ever has an all-male panel; the usual bunch of mansplainers. With allowing this to happen the director (Aravena) symbolically excludes gender issues and female rights from the urban “front” that he is reporting from. Oh, and spare us the excuses, apologies, rationalisations: those have all been heard before. Please just change it, no words but deeds, as the suffragettes said, on what was a real front.”

I could not agree more with Mr Vanstiphout: feminism matters in architecture and feminism matters in our society. But feminism is not only for and about women: feminism is about empowerment, diversity, courage and universal human rights. Feminism breaks down stereotypes, also those that are applied to men. Men in fact suffer from the same ingrained system of gender stereotyping that prejudice women, obliging us to place professional commitments above those to our family and children. Stereotypes fuel our fears and limit our freedom by defining us in binary terms, in terms of opposition with separated roles and responsibilities in our society. As Australian scholar Kate Manne states in her recently published book Down Girl, The Logic of Misogynism: women have to give attention, affection, admiration, comfort whilst men have to have social position, authority, power, competitive advantage, public recognition, and devotion. And ‘modern’ women I add have to be everything at the same time! This obviously has to change.

Feminism is the force that breaks the cultural and social practice that serves an established patriarchal order, a system of domination that perpetuates as well: racism, xenophobia, classism, ageism, ableism, homophobia, transphobia, capitalism, and extractivism. Feminism is embedded in compassion and empathy. Feminism embraces diversity and freedom. Feminism therefore needs to be discussed in our studies of architecture. How can we build cities that contribute to human liberation and ecological soundness, without addressing feminist issues?

This year I took part of the intake process in architecture at the Iceland University of the Arts. Together with my colleagues we examined 74 applications and interviewed 34 candidates to finally select 15 students. We conversed together on their professional future, aspirations, on our role and responsibilities as architects, and on the fundamental skills that architects ought to have. The most recurrent comments were that architects have to serve the public good, be connected to their communities, and be aware of their social and environmental. These were beautiful inspiring talks that made me believe that the professionals of tomorrow will take better care of our society and environment than what the previous generations did. At the same time many applicants referred to the architect as a man. A resolute, fiercely-independent-individualistic-creative-man, that is not afraid of doing things that he likes and will fight for them no matter what. Applicants talked about creativity as an art, as the ability to pursue my ideas and indicated as the ideal skill of an architect the power to achieve his ideas.

This may sound as an honourable necessary strength but at the same time it left me uneasy. Is this really what creativity is about? Weren’t applicants further validating the stereotype of the heroic-white-man? reproducing therefore the rebellious character of Howard Roark from the 1943 novel The Fountainhead written by Ayn Rand, in which an individualistic young architect who design modernist buildings refuses to compromise with his community in order to protect his ideas.

I believe that architecture is a collaborative practice that brings together designers, clients, and constructors. With the words of British architect Jonathan Sergison: “architecture cannot exist without the complex series of collaborations on which it relies”. Creativity therefore must be intended as social not an individual virtue. Creativity happens in a dialogical way, during which ideas are tested through discussions, in an iterative way by including the different parties involved in the design process. Creativity comes from personal curiosity, humility for learning, a sense of social and environmental responsibility, and the willingness to suppress individual needs for the greater good of not just our community but the world. This definition of creativity does not fail to recognise personal talent nor tries to prevent radical innovative design work to happen. What is does is to position creativity not just as the obsessive search for originality but as a research process finalised for the greater good, without this intention creativity is a personal vanity.

Architecture starts far before construction begins and lasts long after the building is terminated. Architecture is the result of many culturally and geographically embedded decisions. The role of the architect therefore is not just the one of drawing buildings but also the one of shaping our cultural environment and our individual and public consciousness, by showing what architecture is and can do. Architects need to create the culture of the good design which is the foundation for a healthy city, and this culture is best shaped if it can reflect a spectrum of voices and diversity of thoughts, and therefore not just my ideas. This is feminism in architecture.
As educator I am not interested in teaching students to design buildings that fit the world as it stands today that reinforces the status quo, the system of economic exploitation, and ecological destruction. I am interested in shaping an umwelt wherein all earthlings matter, where social justice is met, and where natural resources are celebrated and protected, to do so more architects need to become feminists and more feminists need to concern themselves with the design of our physical surroundings. Architecture needs to be far more relevant than an explorer of forms. Architecture is not just a physical object but the social and ecological relations that are embedded in the process of making architecture and this process happens in an ecology of connections that combine place, people, earthlings, and the way we all interact

So, to answer the original question of: how can architecture be taught in a manner that enhances both students’ creativity and their social and environmental responsibilities?

In my classes I teach that architecture is never a private matter, it is a choral experience socially and temporally situated. I teach that to be an architect one has to become a cosmopolitan citizen that is a person that is connected to the world, bound to its people, and act for the greater good of the Earth. Without this openness and generosity, the agency of architecture fails to accomplish his public mission. A student therefore must be exposed to different realities, empathise with hem, explore them historically, socially, and spatially and consequently operate or even refuse to do so. In my class students learn not just to draw, but to converse with its peers and with people outside university. It is my responsibility as educator to encourage students to share their experiential knowledge in the class which must be intended as a place for socialization.
Together we need to cultivate social awareness and social action to challenge the status quo and ignite the courage in students and teachers that is required to pursue our ideas outside the haven of the design studio into the real world. Students also need to know that architecture is an iterative process based on dialogues, it is a process of empowerment, a political matter, and a research on how to live together.

We also need to understand that feminism aims for social justice. It begins with how we treat each other. In 1920s the world-famous Bauhaus school charged women to pay 180 marks and man 150 marks for their tuition. Women were also denied access to the study of architecture they could choose between weaving, book-binding or pottery instead. Later weaving became the only option for women. These seem injustices long passed-by, yet here in Iceland a student in architecture and design has to pay eight times more than studying let’s say law or theology at University of Iceland. We could start seriously investing in architectural and design culture by removing these asymmetries. I would consider this an important step towards a feminist education.

At the end of 2017 the Association of Iceland Architects AÍ accounts 368 members: 215 men and 153 women.
Since 2005 the Iceland Academy of the Arts has graduated 192 students: 80 males and 111 females. The 15 admitted students for the year 2019-2020 are 11 women and 4 men. The future of this profession is female in this country, but this will not guarantee the development of feminist architecture unless we truly promote ecological regeneration, social justice, political participation, and well-being in our cities and beyond. Until we validate the architect as the heroic man instead of an agent of dialogue. We all have to be feminists if we want to live in a fairer world.

Deamer, Peggy ed. The Architect as Worker, Immaterial Labour, the Creative Class, and the Politics of Design. London: Bloomsbury Academic, 2015.

Websites accessed during May 2019: