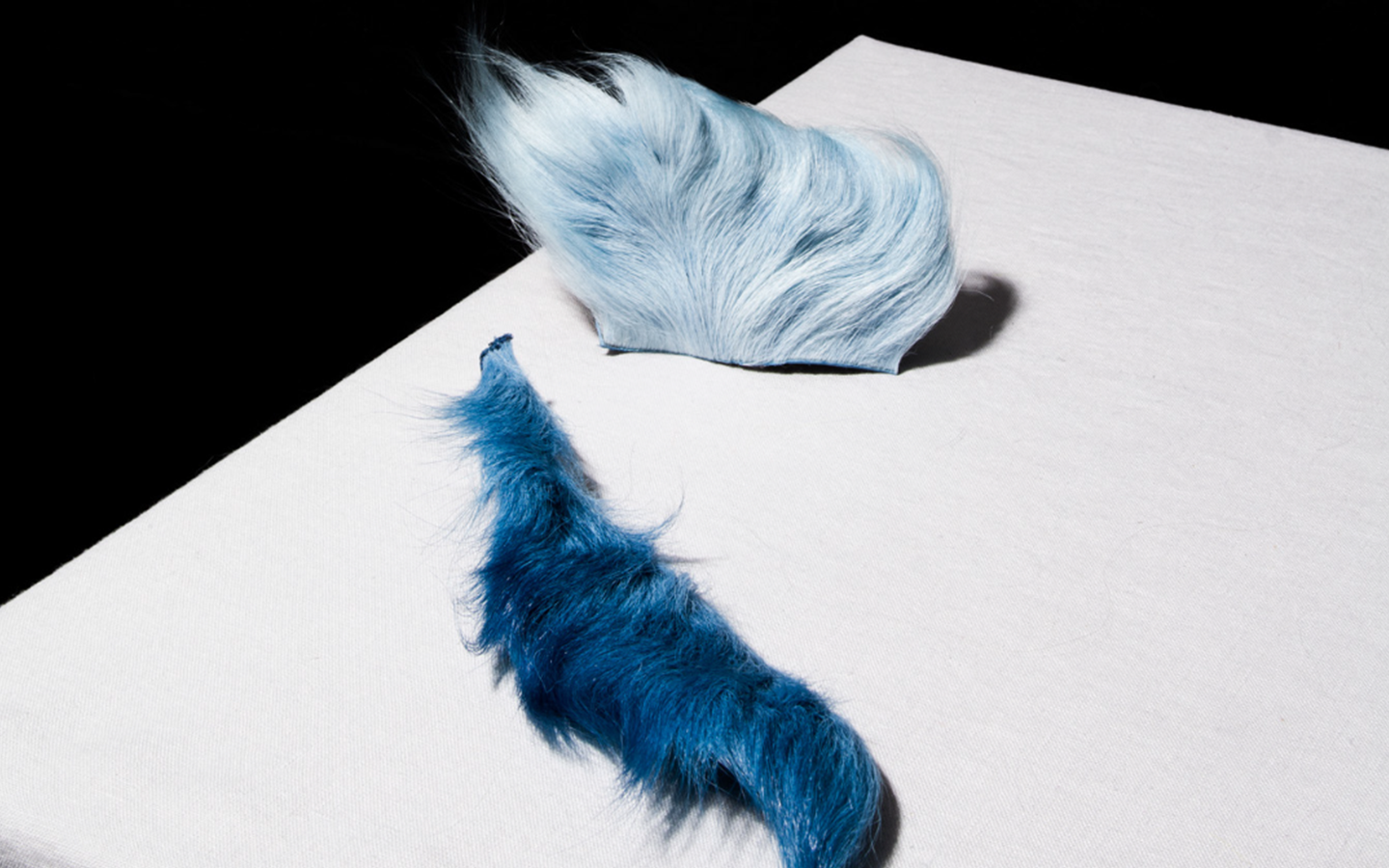 Design team Studio Trippin is blazing new trails with its utilization of horse hides and, in so doing, is transforming a previously unused by-product into an interesting designer product. Horse hides haven’t been used much in Iceland, which clothing designer Kristín Karlsdóttir and product designer Vigdís Steinarsdóttir see as an interesting challenge. “Unlike most other pelts, these hides come from an animal that has been treated well and is otherwise fully utilized. As such, we think it’s much better to make use of them, rather than dispose or export them, as has been done up until now. Also, this is a more environmentally friendly material than fake fur,” says Valdís. The inspiration for the project came from a class that Valdís attended as part of her product design studies at the Iceland Academy of the Arts, which emphasized the importance of the horse in Icelandic culture and opened up a discussion about an increased use of its by-products. “I became totally obsessed with this raw material and, in time, Kristín and I started talking and the ideas started flowing,” says Valdís. The project received a grant from the Icelandic Student Innovation Fund last spring, following which Kristín and Valdís started doing research and collecting data in order to get to know the process from the ground up. They say the development process has been instructive and interesting. “Horse hide is a rather cumbersome raw material, with different thicknesses [in the same hide], and so it can be difficult to work with and sew. But we decided to look at that as an advantage,” says Kristín. For example, they’ve successfully used the thicker part of the hide in collars, where normally, stiffening agents would be used. “We also experimented with colouring the horse hair with natural raw materials that are common in herbal dyes. We tried, for example, cochineal, which is an insect that can be used to produce a broad spectrum of really beautiful red and pink tones.”

Next on the horizon is more design and development work. “There are endless possibilities regarding what can be done with dyed pelts, both when it comes to clothing and product design. We are full of ideas that we plan to make a reality,” says Kristín.