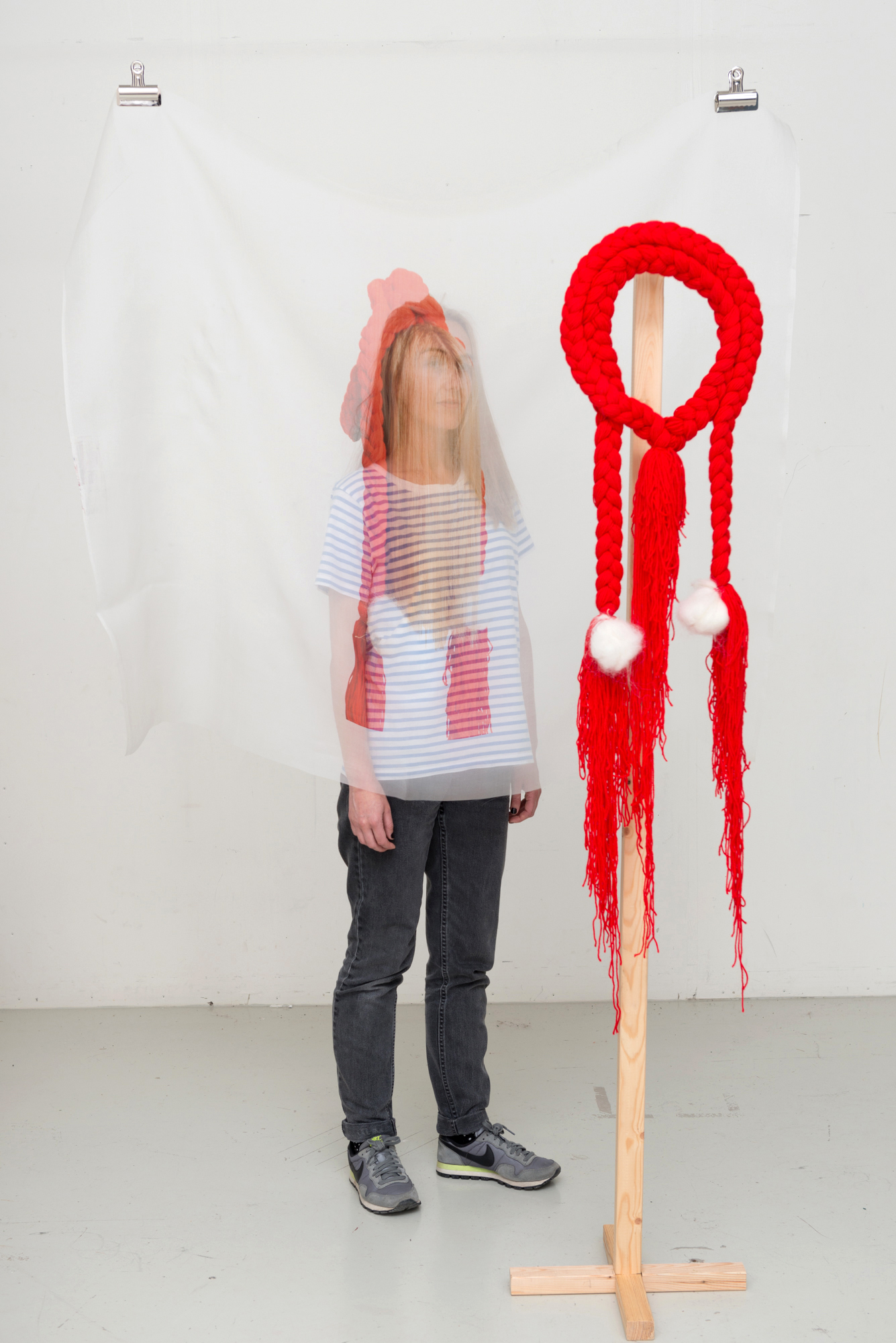 The collaboration between Icelandic product designer Hanna Dís Whitehead and Scottish textile designer Claire Anderson explores the Scottish and Icelandic craft tradition all the way to the common Viking ancestors. What role did crafts played in moulding the identity of the two nations? How do the two traditions compare? HA talked to Hanna Dís Whitehead to find out. The show explores the Icelandic and Scottish craft traditions parallely. What were your key findings?

Both Iceland and Scotland have a strong tradition in using wool. As it turns out, the material is very different in the two countries, which calls for different techniques and uses. The Icelandic wool is rough in comparison to its soft Scottish counterpart. Therefore, the textiles made from the two materials have a very different character. They make for a very interesting mix. We also used fish skin and recycled plastics.

We found some interesting connections in old patterns, but also in patterns dating back just  a few decades. We also found items that are very alike, yet are used for entirely different purposes in the two countries. For instance you can see the tassels on the Icelandic skotthúfa hat on some of the sporrans that go with the Scottish kilts, too. Different placement creates a different feel – what is feminine in Iceland is very masculine in Scotland. How did you come to work together and how has the collaboration been?

Claire approached me suggesting a collaboration. She already had the idea for the project and wanted to work with a Scandinavian designer. After an initial conversation we decided to go for it. It’s been a giving process to work cross culturally and cross-disciplinarily (we also have a photographer Tian Khee Siong as part of the team).

The collaboration has gone great – almost surprisingly great, considering that we only met once in person before getting together to set up the exhibition. Maybe this unusual way of working together kept things interesting? If there is a natural connection between people, it is likely that the collaboration and the work itself will result in something nice. One gets the feeling that the exhibition is split in two. One hand you see the abstrakt textiles but on the other hand there are silk textiles with photographs printed on them. The silk has a see-through effect allowing the visitor to pose behind the pieces, creating layers of interaction. Would you tell us a little more?

We explore a new identity, and we wanted the visitors of the exhibition to interact with the pieces by trying out new fragments of Scottish and Icelandic identity for themselves. We’ll see if people will actually dare to do so! Take a look at instagram for a small collection of photos #nationalmuseumoficeland

To read more on the exhibition, see the event on Facebook.