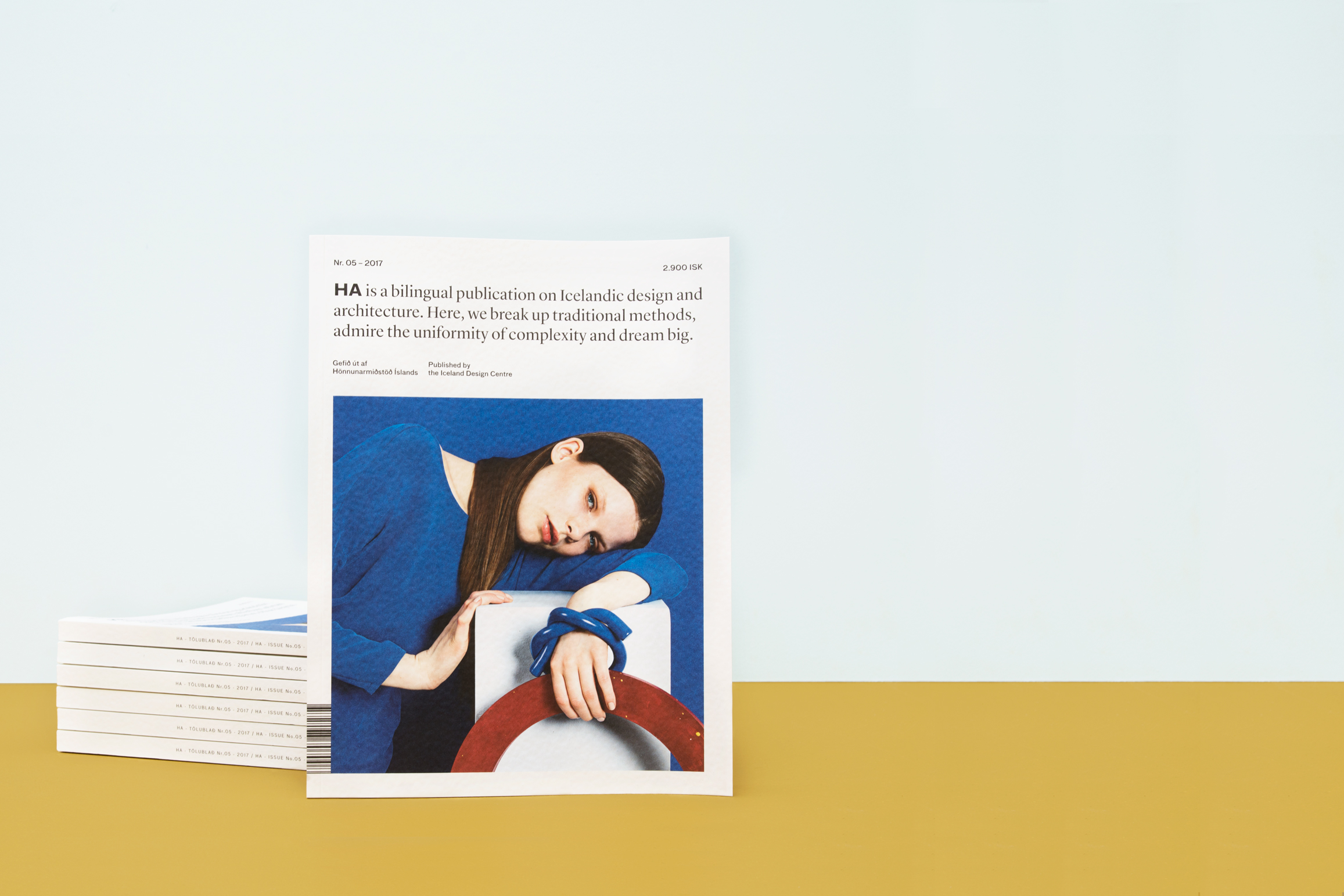 Fittingly for the summer edition, we discuss a few projects that were introduced at this past DesignMarch. Among them is an interview with the design team And Anti Matter, which reveals just how important it is to have a holistic approach when presenting design. We also cover Siggi Odds’s rune project and Aníta Hirlekar’s new clothing line – as both of them garnered well-deserved attention at DesignMarch this year.

In this edition we also approach issues of city planning from a new perspective. We join Birkir Ingibjartsson, architect, as he allows himself to dream of the metropolis Reykjavík. In the article “Nowhere Land”, Birkir considers how we might consummate the city in four steps; the city that we abandoned after the impractical dreams of the modernists came to nothing. We look at how the educational programme Biophilia has contributed to innovation in schools and shaken up traditional teaching methods in the Nordic countries.

We also interview the owners of Tulipop, as the company is preparing an expansion into the US market and has recently introduced an eco-friendly addition to its product range. Gunnar Hersveinn, philosopher and social critic, gets us to stop and look inwards in his essay about collective responsibility and the obligations of designers to the community. We also chat with Björgvin Snæbjörnsson, architect, and examine his principal works at Apparat architects.

The recurring segments are also in their usual place: product designer Búi Bjarmar writes about his filthy influences and Guðbjörg from the jeweller Aurum shares some of her wisdom. Last but not least you can find two mind-expanding photo-essays which show us the beauty in the everyday and the colourful compositions of Icelandic design.

HA is available in all Eymundsson bookstores in Iceland and in most design stores in the capital area, including Geysir, Akkúrat, Ypsilon, Epal, Hrím. And also in Reykjavik Art Museum and the National Gallery of Iceland.