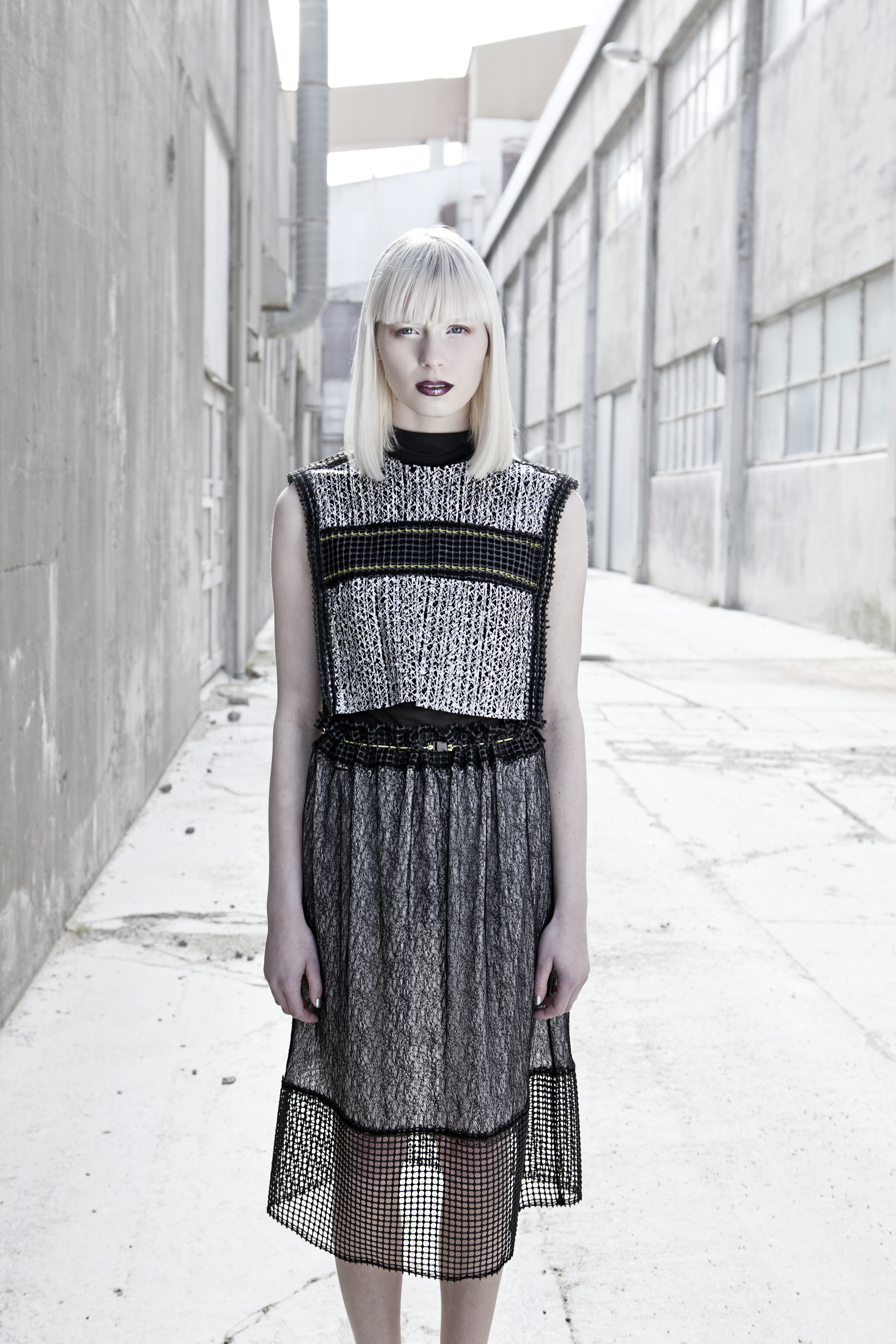 Icelandic wool + rubber. An odd couple, yes, but this kind of pairing has garnered fashion and textile designer Magnea Einarsdóttir attention for her meticulously made yet wearable knits.

“Knits are so diverse, everything from superfine leggings to big, handmade cable-knit sweaters. The possibilities are endless; my goal has been to do something fresh and get people thinking about knits in a new way.” In 2012 she graduated from the prestigious Central Saint Martins campus in London. Magnea’s fashion studies actually began at the Parsons campus in Paris after finishing her preliminary work at the Reykjavík School of Visual Arts. “The plan was to move mid-program to Parsons in New York to get to know two of the world’s largest fashion hubs,” she explains. “Then I found out I could take a semester at CSM as an exchange student and fell in love not only with the department structure within the fashion studies department — you can specialize in womenswear, knitwear, etc. — but also with the creative energy and artistic freedom. The paradox of Icelandic wool

Magna says she hadn’t been particularly fond of Icelandic wool and hadn’t used it in her studies until her final project. Before her final year she took a yearlong maternity leave in Iceland. After four and half years away she says she experienced Iceland as a foreigner might. And when she returned to her program it was her time back in Iceland that offered her inspiration. “I wanted to see what I could do with this Icelandic material and try to use it in a new way. I was craving a challenge to see whether I could make something entirely new out of material I wasn’t crazy about. As part of my research I looked at contrasting elements, both visual and tangible. Icelandic wool is a very raw material and it possesses a contradictory quality of being warm yet prickly. I knew immediately this was something I wanted to mix with a contrasting material. I searched until I came up with the rubber foundation, which I hand stitched the Icelandic wool into. This meant that my final project was entirely handmade, despite my passion for knitting machines. I got to know the material extremely well since each garment took at least a week to create.“…

Read more about MAGNEA in the first issue of HA magazine